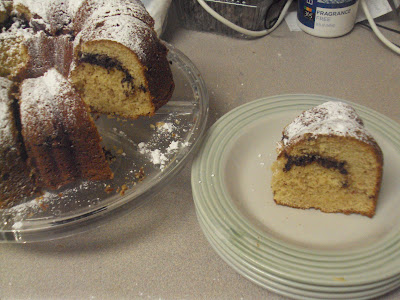 This cake is an old favorite of mine, particularly because I always seem to have the necessary ingredients on hand, alhamdulillah. And also because its a little out of the ordinary while still staying true to some classic flavor combinations like cinnamon and chocolate. 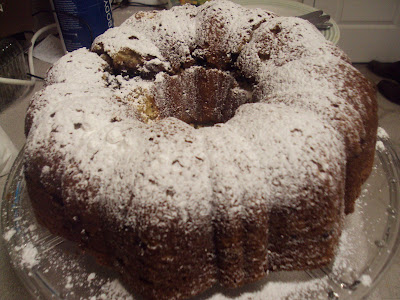 For a change, I tried it out in a bundt pan (yes, I've been in a little bit of bundty mood lately). The only change I made was ommiting that top layer of cinnamon/sugar/chocolate chips since a bundt has to be flipped out. Instead, I used all the sugar mix in the middle. One full recipe filled the whole pan and made a very generous cake, alhamdulillah. 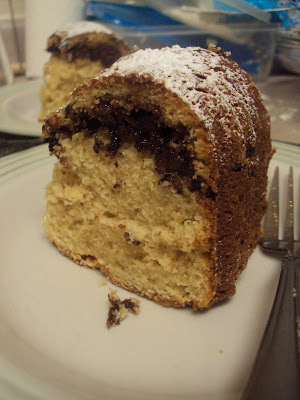 *As you can tell, there have been some changes around the Muslim Wife's Kitchen. Each new season brings out a different mood here and this time the vibrant colors of the changing leaves around me are really inspiring me. I can't say this look will stay long, but whatever it ends up, you can count on it being a pumpkin-y orange! Also a new feature are the linked pictures on the side bar. Everything's fixed now so the pictures directly link to the corresponding recipe. Watch that space, as classic pictures/recipes will show up there!
By The Muslim Wife's Kitchen at 1:13 PM