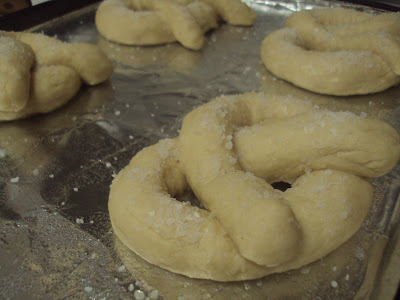 As you may have noticed, I've been in the mood for updating a couple recipes. I realized that if there's a recipe I don't make often, it's probably because it isn't that good to begin with. Since updating both the hamburger buns and cinnamon rolls recipe, I've made them both at least half a dozen times, so that should be enough to tell you I'm happier with the newer recipes. 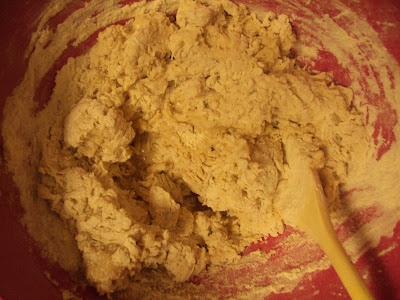 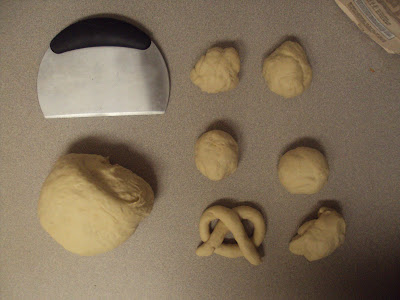 And speaking of updating, I also re-visited this soft pretzel recipe (almost a year to the date!). I love soft pretzels, especially during the season of bowl games and the upcoming Super Bowl, but I had pretty painful memories of making that original recipe. The dough was so hard to roll out, some were soft others too hard and chewy. So I set about researching some pretzel info and found a much better recipe. Don't believe me? I've made three batches since finding this recipe, and even wrapped half a batch around some hot dogs. They're that good. 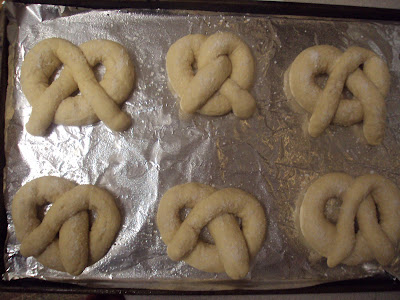 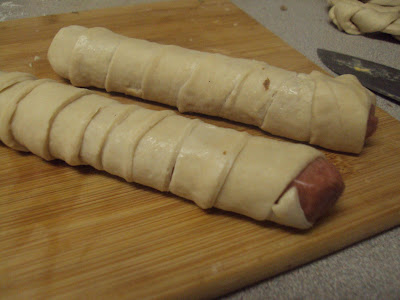 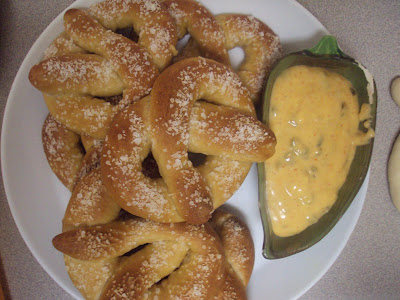 Pretzel Tips:
1. Ditch the mixer! Mix this dough by hand, just enough until all ingredients are happily combined and then stop mixing! I mean it, step away from the dough. There is absolutely no need to knead (heh) and using a mixer will just end up over-mixing the dough, resulting in chewy pretzels instead of pillowy-soft ones.Your end dough may be sticky and thats a GOOD thing. Just flour your hands (not the counter) ever so slightly when its times to shape the dough, and you'll be set.

2. Dunk, don't cook. When it comes time to dunk the shaped pretzels into the baking soda solution, be sure not to leave them in there too long. This step is what gives pretzels and bagels that outer chewiness, but leaving them into there too long will produce cracked and hard pretzels. Just allow water to get very hot, dissolve the baking soda and then dunk the pretzel in. Do this step carefully so as not to unravel your twists. I use a slotted spoon, leave one side in the water for 3 seconds and flip and do the same for the other side. Remove and place immediately on your baking sheet. They are wet and therefor slippery and delicate at this point, so you don't want to move them around any longer than you have to.