I know you can find some pretty fancy and complicated freezer cooking plans out there on the web, but like I sad last time, I just started with what I had on hand. Personally I like doing all this on the day I bring home meat from the halal store. I have to portion out the meat anyways so I might as well throw on some seasoning before I do it.

So here was my plan:


First I made the cinnamon rolls dough and put one batch in the oven to bake. I reserved a chunk of dough aside  and took the rest of the dough, rolled into cinnamon rolls, and placed on a baking sheet and stuck in the freezer to flash freeze .

Next up, I prepared my bell peppers and onions for fajitas later in the week. I also diced some onions to have on hand for any last minute meals in the week and also for my hamburger patties. 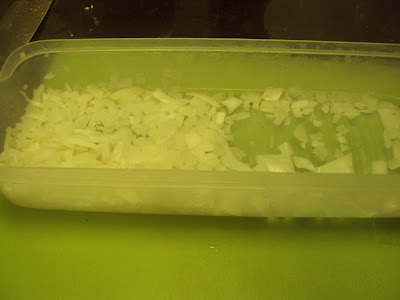 I started to shred up the chicken from my 2 whole chickens that I had roasted the night before for company. I divided it out into 1 cup portions and put into individual bags. All I have to do later in the week is saute my pre-cut onions and bell peppers, throw in the shredded chicken and my fajitas are done, insha'allah.

I used the reserved cinnamon roll dough to make hot dog roll-ups. Just rolled out some dough into circles, and placed a halved-chicken hot dog and some cheese in the middle and then rolled up. A quick 15 minutes in a 400 oven and it'll be a quick and fun lunch for the kids, insha'allah. 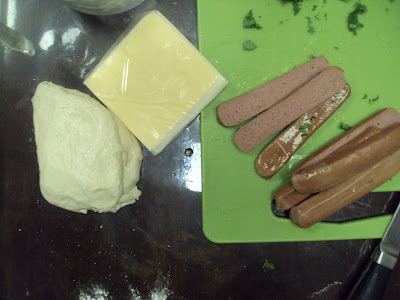 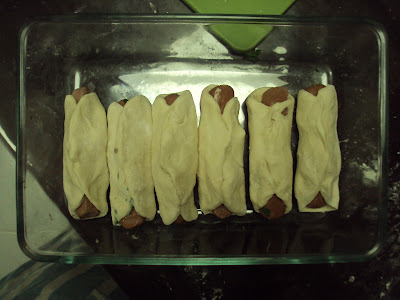 And last, I mixed up the hamburger mixture. I added in some diced onions, garlic, ginger, parsely and cajun seasoning. Shaped them up, popped in freezer for a flash freeze and they were ready to go. 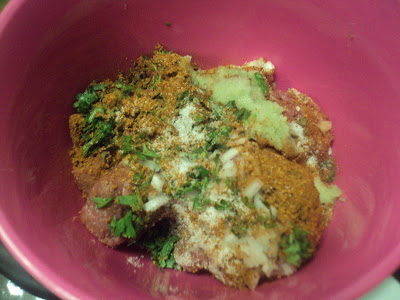 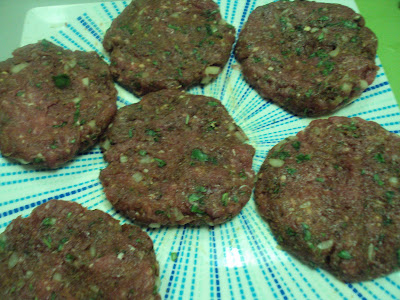 So all in all, for my first ever freezer cooking session, I don't think it went too bad, alhamdulillah. I also boxed up and froze a batch of cholay I made that morning for brunch. So that was my loot last weekend and we enjoyed the week of warm,home made dinners with minimal work each week night. Let's see how this weekend goes insha'allah! 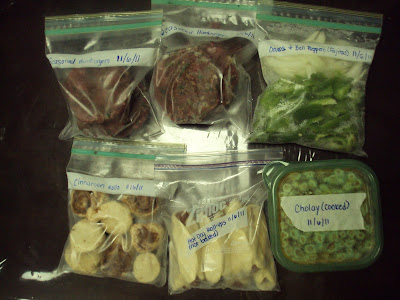