One of my favorite lazy Sunday afternoon activities is watching back to back episodes of Cooks Country. One of the beauties of PBS is their day-long marathons of a specific show, and I'm not one to complain of a full day of cooking shows! On one such afternoon, a particular recipe really caught my eye and after coming off my Cooks Illustrated high, I decided I was ready to jump back into a multi-process recipe with a slew of exotic ingredients. 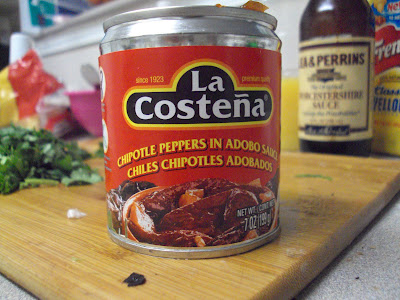 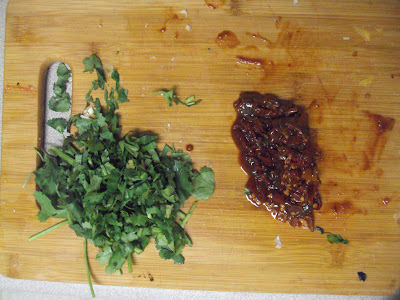 Ok, so yellow mustard isn't exactly what you'd call exotic, but the chipotle in adobo sauce...wow. And can someone tell me why it's taken me so long to embrace the chipotle? It's my new favorite ingredient, by the way, making an appearance in everything from stuffed bread to chili. And despite its actual description (smoked jalapeno in adobo sauce) there not at all spicy which did leave me a tad disappointed. But that didn't last long as I was taken in by the smoky-sweet complexity of this little pepper. It transformed the whole dish from a regular chicken taco to something that sings on your taste buds! Forgive me if I'm being overly dramatic, but this little can has really changed the scope of my cooking...for the better, alhamdulillah. 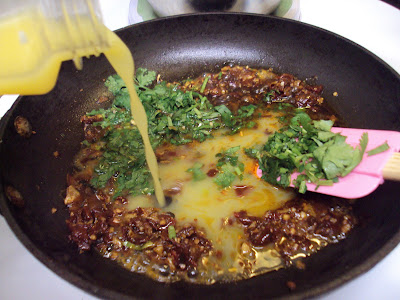 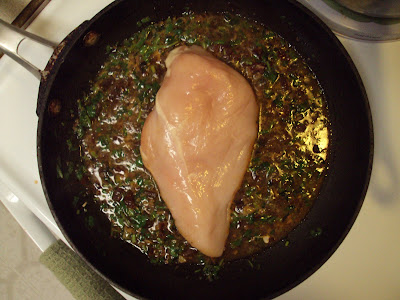 Like the General Tso, this dish takes a couple more steps than I would normally like, especially when a simple one-pot chicken fajita is a weekly staple around here. But variety is the spice of a life and when that variety has a hint of a adobe in it, well, then wonderful things happen. 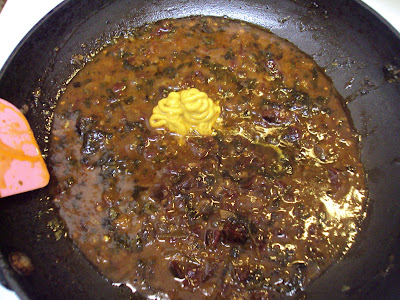 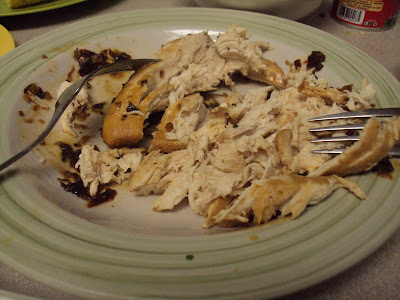 I paired these with some country fries and jalapeno poppers, but their bold taste is enough to eat on its own. Left over filling would be amazing on some crispy salad too! 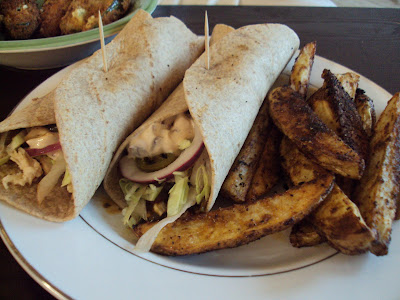 1.Preheat oven to 350 degrees. Wrap the tortillas in foil and heat in 350 degree oven for fifteen minutes.

2.In a large skillet melt the butter over medium-high heat. Add garlic and chipotle and cook about 30 seconds. Stir in the orange juice, Worcestershire sauce, and 1/2 cup cilantro. Bring mixture to a boil, and then add chicken. Cover the skillet and simmer over medium-low heat for about 5 minutes. Flip the chicken over and continue to simmer in the covered skillet until the chicken is done (160 degrees) about 5 to 10 minutes more.

3.Transfer the chicken to a plate and cover it with foil to keep it warm and let it rest. Increase the heat under the skillet to medium-high and cook until the liquid is reduced to 1/4 cup, about 5 minutes. Remove skillet from the heat and whisk in the mustard. Set the skillet aside.

4.Uncover the chicken and using two forks, shred it into bite-sized pieces. Return the chicken to the skillet. Add the remaining cilantro and stir until everything is well combined. Season to taste with salt and pepper. Serve with tortillas and desired taco toppings.
By The Muslim Wife's Kitchen at 3:22 PM