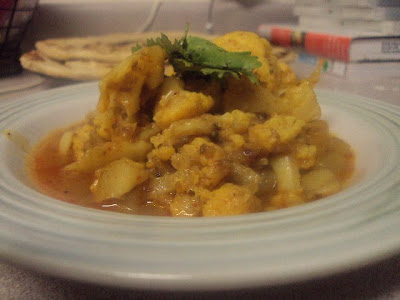 Somehow or another we ended up with lots of cauliflower in the house and after many unsuccessful attempts to get the kids to eat it raw, I decided it was time to cook it up into something more exciting than the only other cauliflower recipe I have. And that brings us to the very first time I made aaloo gobi.


I know for a fact there are many versions of this recipe floating around. Do as you like, add more of one thing, less of another. All measurements are approximate as I rarely measure spices in any dishes, especially Indian ones. Just taste as you go and personalize to your liking. This goes best with warm parathas or naan, but rice will do as well. 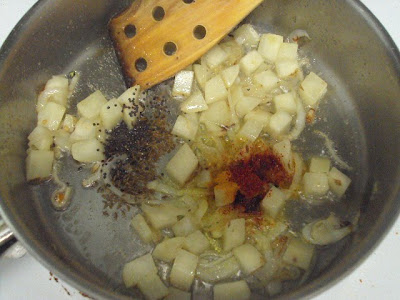 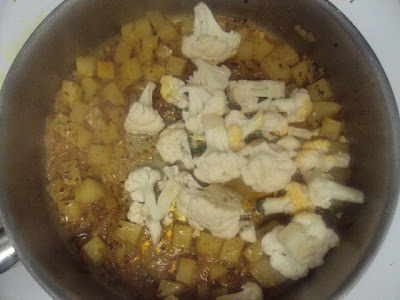 
3. Add chopped cauliflower (remember to salt as you go). Stir to combine all ingredients and cook until everything is tender, about 10 minutes. Add water as necessary.
By The Muslim Wife's Kitchen at 11:56 PM